We've been around as long as the egg carton.

(But we're much tougher to crack.) 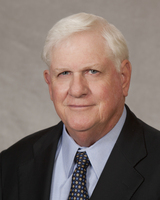 Ed Brunini has more than 30 years experience in health care law and all phases of oil and gas. He is a frequent lecturer and has been listed in Woodward/White’s Best Lawyers in America in both of these practice areas since 1991. In addition, he has significant experience in general business practice and in governmental relations.

Ed is a former Chairman of the Health Law Section of the Mississippi Bar.  Ed’s health care practice includes serving as lead counsel for a large urban hospital. He has extensive experience in health care regulatory matters at both the administrative and appeal levels. Ed is knowledgeable and experienced in Medicare/Medicaid fraud and abuse, private inurement and “Stark” laws, as well as Certificate of Need and licensing matters. He has represented physicians, dentists and nurses in disciplinary and other regulatory matters, and has experience in nursing home law as well. Ed also has experience in hospital-physician joint ventures, health maintenance organizations, preferred provider organizations and other forms of managed care. He also has extensive experience in governmental affairs and has promoted legislative and regulatory measures for health care, oil and gas and industrial clients.

Ed is also former Chairman of the Board of the U.S. Oil and Gas Association, Alabama/Mississippi Division. This experience in oil and gas law includes representation of many major oil companies as well as small and large independent producers. He is knowledgeable in the regulatory arena and on title and contract issues, and has considerable trial experience stemming from energy disputes.

Ed is actively involved in the civic, professional and political affairs of Mississippi, having served in a leadership role in numerous organizations, including the American Red Cross, the United Way, Mississippi Blood Services, the University Club, the Capital Club, the Country Club of Jackson and Annandale Golf Club. He is a past Chairman of the Board of the Metro Jackson Chamber of Commerce and has served on the Boards of Directors of several publicly owned corporations. Ed previously served as Chairman of Governor Haley Barbour’s 30-member Judicial Appointment Advisory Committee. The Committee, established by Executive Order, advises the Governor on the qualification of applicants for appointments to fill unexpired judicial terms.