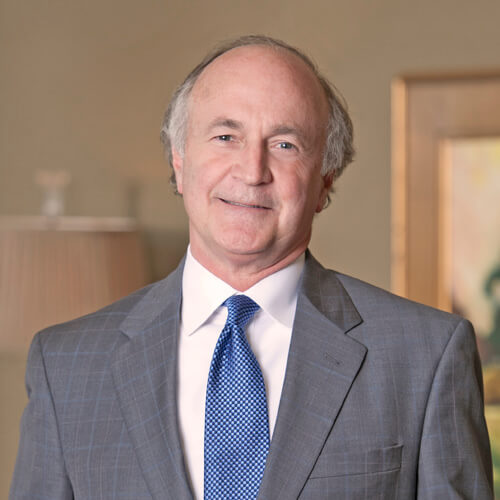 Johnny Wade joined the Brunini Firm in 1983. He has extensive civil litigation experience in state and federal trial and appellate courts in Mississippi and before the United States Court of Appeals for the Fifth Circuit. Johnny has represented both businesses and individuals in the defense of a wide variety of lawsuits, with a special emphasis on nursing homes, insurance coverage, medical malpractice and products liability. He has been routinely named a Mid-South Super Lawyer® and a Best Lawyer® in America in several fields.

Johnny has been elected to membership in the American Board of Trial Advocates (ABOTA) and the Federation of Defense and Corporate Counsel. Johnny has earned an AV rating in Martindale-Hubbell Law Directory. He presently serves on the Board of Brunini, Grantham, Grower & Hewes.

Leadership positions Johnny has held in professional and civic affairs include Past President of the Jackson Young Lawyers, and Past President of the Central Mississippi Chapter of the University of Mississippi Alumni Association. Johnny has also served on the Boards of Directors of the Hinds County Bar Association, the Jackson Metropolitan YMCA, the University of Mississippi Alumni Association and has been a member of Jackson Preparatory High School’s Board of Trustees. He is also a member of the Mississippi Defense Lawyers Association and the American Bar Association’s Litigation, Torts and Insurance Practice Sections. Mr. Wade previously served on the Mississippi State Bar’s Professionalism Program Panel. He recently participated in a mock trial presented at the DRI Nursing Home Litigation Seminar.