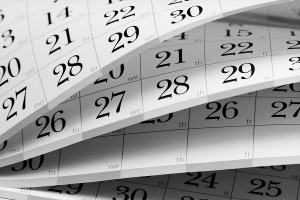 On February 20, 2014, the trio of Affordable Care Act implementing Agencies [the IRS, DOL and HHS] announced the 90 day waiting period final regulations. Press Release. The regulations are to be published in the Federal Register on February 24th.

Under the final regulations, group health plans (insured and self-funded) and group insurance issuers may not impose a waiting period of more than 90 days before coverage is offered to employees who are coverage eligible. Final Regulations.  The 90 day waiting period counts all calendar days, including weekends and holidays, and begins on the first date of enrollment.

The final regulations continue to allow a plan to establish substantive eligibility conditions such as certain job classifications, licensure requirements, minimum service hours and bona fide employment orientation periods.  For example, a plan may impose an hours of service requirement not to exceed 1,200 hours, and the plan may impose a 90 day waiting period beginning the first day after the hours of service requirement is met.

The final regulations also provide rules for “variable hour employees” – employees who might be full-time but, because their hours are uncertain, the employer has difficulty determining.  If a plan requires a minimum hours of service per period to be eligible for coverage (e.g., 30 hours per week), the employer may measure its variable hour employees for up to 12 months before determining whether they are eligible for coverage.  However, coverage must be made effective no later than 13 months after the variable hour employee’s start date plus, if the employee’s start date is not the first day of a calendar month, the time remaining until the first day of the next calendar month.

For example, under Employer’s group health plan, only full-time employees are eligible for coverage. Employee begins employment on November 26 of Year 1 as a variable hour employee. Under the plan’s terms, variable-hour employees are eligible to enroll in the plan if they are determined to be a full-time employee after a measurement period of 12 months that begins on the employee’s start date. Coverage is made effective no later than the first day of the first calendar month after the applicable enrollment forms are received. Employee’s 12-month measurement period ends November 25 of Year 2. Employee is determined to be a full-time employee and is notified of his plan eligibility. If he then elects coverage, Employee’s first day of coverage will be January 1 of Year 3.  This example is compliant with the final regulations.

Contemporaneous with the issuance of the final regulations, proposed regulations were also published on February 20, 2014 seeking to clarify what constitutes a bona fide employment orientation period.  Proposed Regulations. The proposal opts for the imposition of a maximum orientation period of one month [calendar month minus one calendar day] before the 90 day waiting period begins.  Employers implementing these orientation periods should be prepared to demonstrate employment based reasons to prevent a finding they were attempting to avoid the 90 day waiting period.