“Wait a minute,” you say, “this can’t be right. Everything I have heard in banking for the past 20 years has told me my bank must get larger. We must abandon these old, rural markets for the greener pastures of America’s cities and suburbs, where loans and deposits flow like milk and honey.” Well, sit down, because the revelations discussed in my last post become even more dramatic. As mentioned in my earlier post, the UBPR divides the 12 Peer Groups covering banks under $300 million not only based upon size, but also based upon their “metropolitan” or “non-metropolitan” locations and their number of branches. By examining these 12 peer groups, I discovered that ”metropolitan bank” peer groups had average ROAs over the last 5 years (i.e., 0.44%) that collectively averaged approximately half those of “rural” peer groups (i.e., 0.87%), while having collective average ROEs (i.e., 3.50%) that were less than half of those recorded by their more rural cousins (i.e., 8.02%). Not only are rural banks more profitable than their metropolitan competitors, they have been running circles around them for the last five years. How do those same rural peer group averages compare to the averages for the “larger” peer groups 1, 2, and 3? Very favorably, thank you. The collective average ROE (i.e., 8.02%) for these rural peer groups (i.e., 5, 7, 9, 11, 13, and 15) was higher than the average ROE for each of the three larger peer groups (7.79%, 7.60%, and 7.59%, respectively), and the collective average ROA (i.e., 0.87%) for these rural peer groups was higher than all but one of the average ROAs of the three larger peer groups (0.88%, 0.79% and 0.80%, respectively). Therefore, maybe it’s not size that is the ultimate differentiator, but instead location. Contrary to everything I have believed and heard to this point, maybe it is a bank’s rural location that is its ace in the hole! 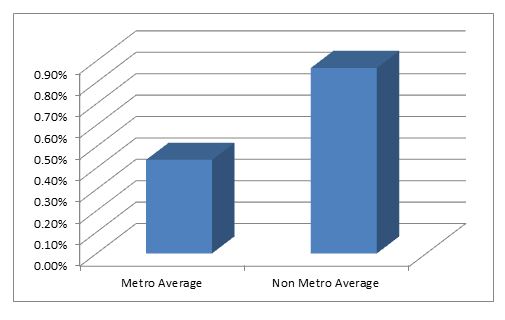 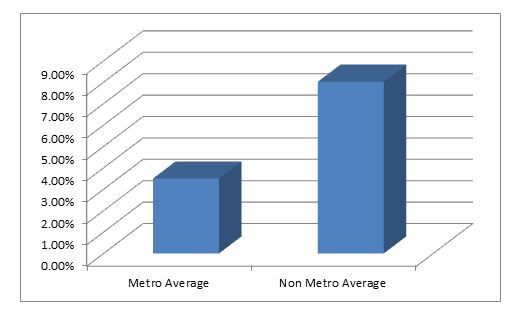 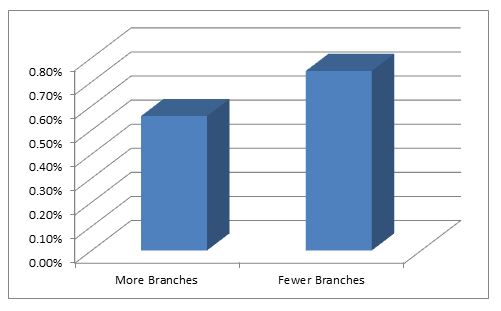 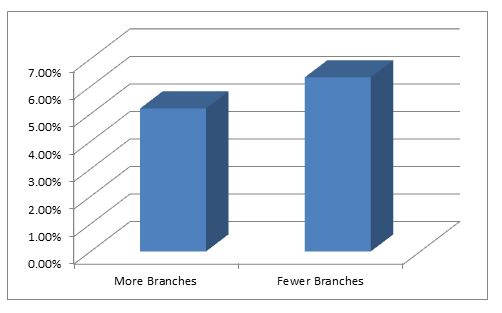 Maybe I’m the only one surprised by these revelations. After all, the “User’s Guide for the Uniform Bank Performance Report – Technical Information” notices the following:

Something tells me that not many people pick this up for bed time reading, though, so its truths may not be widely known. “Still,” you say, “how could it be that smaller, more rural banks turn a higher profit than larger, more metropolitan ones? That can’t be true since my bank is dedicating most of its resources to the nearby metropolitan area where all of its loan growth has occurred over the last five years.” I will elaborate further on what the UBPR data reveals as reasons for this irony in my next post, but to give you a hint, it is clearly related to the first metric listed in the “User’s Guide” quote above ( i.e., lower overhead). You may be generating a lot more loans and deposits from that metropolitan area and growing quickly as a result, but it also costs you a lot more money to do so. Maybe your father knew what he was telling you when he preached that a penny saved is always a penny earned.