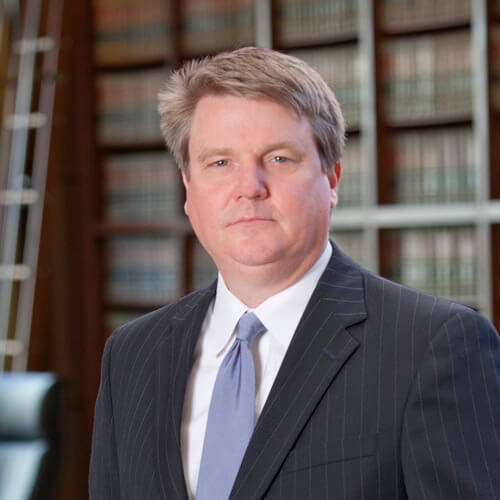 James McCullough joined Brunini in 1995, and has tailored his law practice to representing clients in complex commercial disputes.  Over the years James has developed niches in several commercial litigation and workout sub-specialties including, among others, insurance claim and coverage litigation, commercial bankruptcy and creditors’ rights, healthcare litigation, privacy and information security, and energy litigation.  In these areas James has represented the state’s largest health insurance company, one of the state’s largest hospital systems, the nation’s largest privately owned wireless communications company, one of the largest food production and processing companies in the United States, and one of the largest mortgage information service providers in the world.  In the area of commercial bankruptcy, James has represented Chapter 11 Debtors (including the largest Chapter 11 bankruptcy filed in the State of Mississippi at the time), unsecured creditors’ committees, county governments, and numerous secured and unsecured creditors.  He regularly advises companies on matters involving contract and land disputes, commercial debt workouts, asset recovery and foreclosure, consumer and healthcare privacy and data security issues, and state and federal consumer protection laws and regulations.

James is very involved in professional and civic activities.  Over the years, James has served as a board member and trustee of the Madison County Chamber of Commerce, a member of the Advisory Board to the Madison County Business League & Foundation, president, board member and program chair of the Mississippi Bankruptcy Conference, and member and president of the diocesan school advisory council of the Catholic Diocese of Jackson.  An Eagle Scout, James is an active volunteer and supporter of the Boy Scouts of America, and has served in numerous roles including Cub Master, Scoutmaster, Venture Crew Advisor, Order of the Arrow Lodge Committee Advisor, District Chairman, and Executive Vice President and legal counsel to the Andrew Jackson Council, BSA.  For his service to the youth of central Mississippi, James is the recipient of the Silver Beaver award, the highest recognition bestowed by the Andrew Jackson Council for volunteer service.