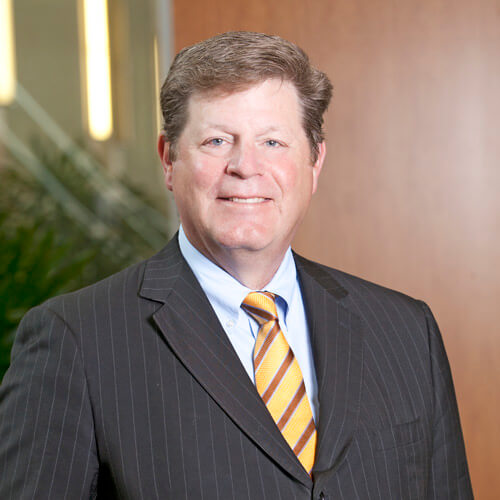 In 1984 Steve Carmody received his undergraduate degree in accounting with honors from the University of Southern Mississippi. While an undergraduate he was a member of Omicron Delta Kappa, Beta Alpha Psi, Beta Gamma Sigma, and the Gold Key Society and received the National Collegiate Athletic Association Post Graduate Scholarship. He was also inducted into the Southern Mississippi Athletic and Student Halls of Fame. After a brief stint with the Denver Broncos of the National Football League, he attended law school at Southern Methodist University and graduated in 1987.

After receiving his law degree, Steve began work in the Labor and Employment Section of the law firm of Kilpatrick & Cody in Atlanta, Georgia. In 1989, he returned to Mississippi and joined the Brunini firm, where his practice focused on litigation and arbitration. He started the Brunini firm’s Labor and Employment practice group and has served as its long-term Chair.

He is a member of the Arkansas, Georgia and Mississippi Bars. He is admitted to practice in the state and federal courts of Arkansas, Mississippi and Georgia and the United States Courts of Appeals for the Fifth, Eighth and Eleventh Circuits. He has been accepted and has practiced before the Supreme Court of the United States. He has successfully tried numerous cases in both state and federal courts in Mississippi and participated in arbitrations held in many different states. He has been recognized by Best Lawyers in America® in the fields of Employment Law-Management; Labor Law-Management; Copyright Law; Litigation-Intellectual Property; Litigation- Labor and Employment, and Trademark Law. He is rated “AV” Preeminent (the highest level of excellence) by Martindale-Hubble. He and the Brunini firm have been honored by Benchmark® as the preeminent litigation firm in Mississippi.

Steve’s practice emphasizes labor, employment, employee benefits, intellectual property, and construction litigation. He has handled a number of collective action lawsuits alleging wage and hour violations. He has taught food products litigation, seminars for the National Business Institute and the University of Mississippi Continuing Legal Education Department. He is often a guest lecturer at Mississippi College School of Law.

Steve is active in local civic matters and has served on many governing boards: